Have you ever wanted one of those fine (and expensive) power supplies that you can’t buy for less than 300 bucks? Ever planned making one “made by yourself”? With digital current limiter? And if possible, for less than 50$?  You’re in the right place: keep reading.

This amazing DIY Digitally Controlled PSU is the product of several months struggling with finding the better, nicest, and cheapest way of creating such a thing.

Some pictures of the final result

Have a quick glimpse at the following pictures:

The goals and requirements I set when I was defining the project were the following:

Wow, that sounds funny, and nearly impossible… Just that it’s not! Sit back, relax, and read on.

Make sure to understand the following basic PSU circuits before going any further: 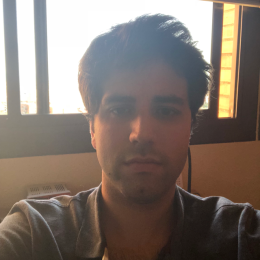 javist94 Aerospace Engineer
Aeronautical Engineer. My dream is to work for a leading company in the aerospace field to develop projects that can make the world a better place; improving people's life, safety, and comfort. I am interested in Aerospace Engineering, big data, CFD, photography, automatic control, maths and electronics.

This site uses Akismet to reduce spam. Learn how your comment data is processed.

Comments Off on E&C Basics – L01: Fundamentals of Electricity